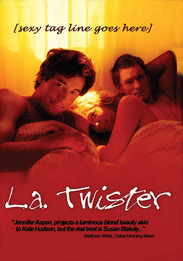 Think you know how to play games? Think again. Clever satire on the world of power as seen through the eyes of Lenny and Ethan, two friends, determined to make it big. This quest for fame and fortune quickly turns into a test of conviction as Ethan can't let go of his dying marriage and Lenny tries to sell whatever integrity he has left. A fun look at the games and drama that go with sex, money (or the lack of) and manipulation of the heart!