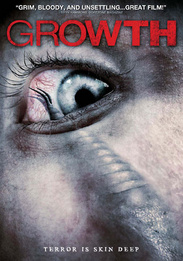 In 1989, a breakthrough in Advanced Parasitic Development at the Kuttyhunk Island Research Facility led to a mysterious outbreak that killed most of the center's staff and the island's residents. Twenty years later, a young woman who fled the original epidemic has returned with a group of friends to sell her family's property. But a new breed of parasite may have evolved and survived.