To the Ends of the Earth 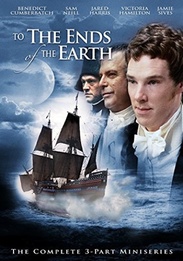 From Nobel Laureate William Golding's (Lord of the Flies) epic sea-voyage trilogy comes the story of an ambitious British aristocrat, humbled by the lives of his fellow passengers, as he embarks on an ocean voyage for Australia where he is to be an official in the colonial government.