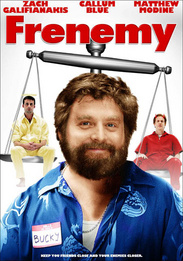 After a group of friends witness a horrifying crime, they wonder how they were lucky enough to escape, unharmed, while one friend did not. Through this self-discovery they start to understand the meaning of their own hilarious yet twisted fate. As their time starts to run out, the chance at redemption isnât too far behind.