The Dish and the Spoon 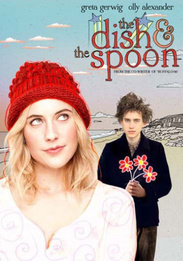 From writer/director Alison Bagnall (BUFFALO 66, PIGGIE) comes the poignant comedy THE DISH & THE SPOON. Greta Gerwig (GREENBERG, NO STRINGS ATTACHED and the upcoming ARTHUR) is Rose, a woman descending into an emotional tailspin after her husband admits to an affair. Hell-bent on revenge, she drives to a boarded-up Delaware beach town to hunt down the other woman. Instead, she discovers a stranded British teenage boy (exciting newcomer Olly Alexander) marooned on the beach. This lost boy becomes her constant companion and caretaker. The mismatched pair stumbles through a series of small adventures that build towards an unconventional romance in this funny and affecting film.