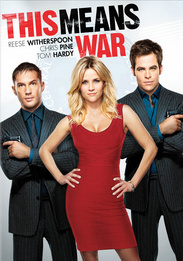 The world's deadliest CIA operatives are inseparable partners and best friends until they fall for the same woman. Having once helped bring down entire enemy nations, they are now employing their incomparable skills and an endless array of high-tech gadgetry against their greatest nemesis ever -- each other.

Rated PG-13 for sexual content including references, some violence and action, and for language.