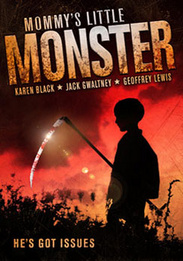 What makes a normal person snap? Nobody is sure why normal people suddenly go Bat $#*! Crazy, but in the second edition of this series these Mommaâs Boys are up to no good. After years of incarceration at the state mental hospital, serial killer Taylor is set free. While at the same time in the Big Apple seemingly normal Trevor snaps when he is attacked by a mugger. Now these two Mommaâs Boys are locked into courses of action that neither wants, but both end in violence and bloodshed.