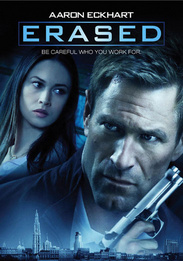 Aaron Eckhart stars as an ex-CIA agent who discovers he's been targeted in a deadly international conspiracy. A dangerous game of cat-and-mouse ensues as he tries to uncover the truth.