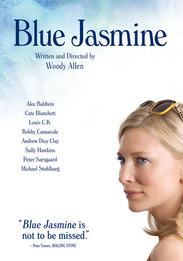 After everything in her life falls to pieces, including her marriage to wealthy businessman Hal (Alec Baldwin), elegant New York socialite Jasmine (Cate Blanchett) moves into her sister Gingerâs (Sally Hawkins) modest apartment in San Francisco to try to pull herself back together again.