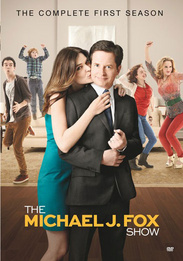 Television superstar Michael J. Fox (Back to the Future) is back in a hilarious comedy for the whole family! New York newscaster Mike Henry (Fox) is a local legend who puts his career on hold when he is diagnosed with Parkinsonâs. Five years later, Mike and his family are ready for him to go back and do what he does best: report the news. Also starring Wendell Pierce (TVâs âThe Wireâ) and Betsy Brandt (TVâs âBreaking Badâ), THE MICHAEL J. FOX SHOW is a funny, touching family comedy!