The Disappearance of Eleanor Rigby 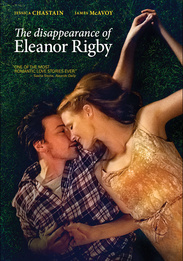 With his unique vision, writer/director Ned Benson ambitiously captures a complete picture of a relationship in the beautifully relatable portrait of love, empathy and truth that is THE DISAPPEARANCE OF ELEANOR RIGBY. Once happily married, Conor (McAvoy) and Eleanor (Chastain) suddenly find themselves as strangers longing to understand each other in the wake of tragedy. The film explores the coupleâs story as they try to reclaim the life and love they once knew and pick up the pieces of a past that may be too far gone. Screened for the first time at the 2014 Cannes Film Festival, Bensonâs latest version of their story combines his previous two films â titled HIM and HER â uniting their perspectives and taking a further look into the subjectivity of relationships.