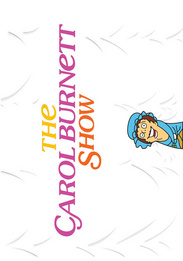 In the history of television, THE CAROL BURNETT SHOW is one of the most popular and beloved showsâand now itâs available on DVD in THE ULTIMATE COLLECTION. Starting in 1967 and continuing for 11 straight years, The Carol Burnett Show was the ultimate variety showâwith music, acting, larger-than-life guest stars, and, of course, comedy: sketches, jokes and parodies that are as funny now as they were 40 years ago.