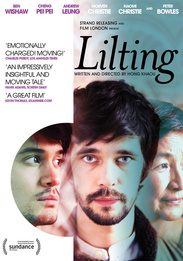 Set in contemporary London, LILTING tells the story of a Cambodian-Chinese mother mourning the untimely death of her son. Her world is suddenly disrupted by the presence of a stranger. Though they donât share a common language, a translator helps piece together the memories of a man they both loved. LILTING is a touching film about unlikely connections and the tragedies that bring us together even though we may be worlds apart.