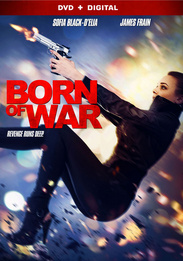 Mina, a young college student, has her life ripped away after her family is killed. When she finds out their murders were part of a botched kidnapping to return her to her real father â a terrorist in the Middle East â Mina works with British Intelligence to take him down...and take control of her life again. But she quickly learns that there are two sides to every story.