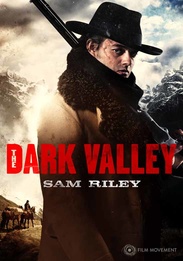 A lone rider arrives in a small high mountain village; nobody knows where heâs from and nobody wants him there. Greider introduces himself as a photographer from America, and the townâs patriarch, Old Brenner, provides him with shelter for the harsh winter ahead. The village cut off by snowfall and barely a ray of sunlight reaching the valley, a tragic accident leads to the death of one of Brennerâs beloved sons. When another son is mysteriously killed, itâs clear this is not a coincidence: the time has come for Brennerâs family to pay, and Greider plans to settle a score long forgotten by everyone but him.