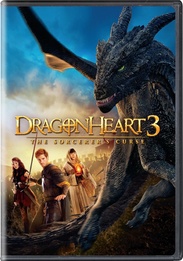 When young squire Gareth goes in search of a fallen comet, he believes it holds gold that he can use to pay for his knighthood. Instead of finding a comet, Gareth finds the dragon Drago (voice of Ben Kingsley) who has fallen to earth and is being hunted by an evil sorcerer. After Drago saves Gareth's life, the two become intricately bonded and they must work together to defeat the sorcerer and stop his reign of terror. Along the way, Gareth learns the true meaning of being a knight.

Rated PG-13 for intense sequences of violence and action, and brief sensuality.