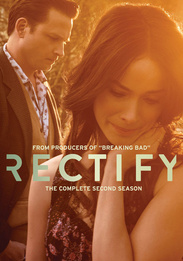 Nineteen years ago, Daniel Holden was sentenced to death for the rape and murder of his teenage girlfriend, Hanna Dean. Thanks to newly discovered DNA evidence and the efforts of his sister Amantha and lawyer Jon Stern, Danielâs conviction has been vacated and heâs returned to his mother Janetâs home in Paulie, Georgia. But not everyone is convinced of his innocence â nor is his future as a free man secure. Season Two finds Daniel committed to living in the present and making choices that prove frustrating for some of the Holden/Talbot family. Unfortunately, there are many places and faces in Paulie that remind Daniel of the past â his incarceration, Hanna, and his role the night of Hannaâs murder. Heâs forced to the realization that he must understand and accept what really happened if heâs ever going to know any peace, a conclusion that shapes his determination to do whatever it takes to finally put his past behind him, no matter how high the price.