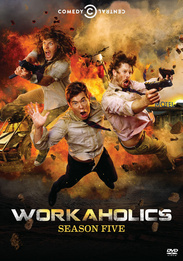 Adam, Blake and Ders return for another season of misguided schemes and non-stop partying with Workaholics Season 5. From schooling the competition in 80s trivia to crashing a DeMamp family funeral, these guys are fending off adulthood in style.