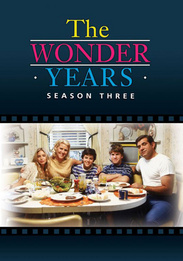 In the history of TV, THE WONDER YEARS is one of the most popular and beloved shows. Set in the late 1960s and early â70s the hit comedy/drama focused on the trials and tribulations of young Kevin Arnold and his family: brother Wayne, sister Karen, father Jack, and mother Norma. Capturing the angst of growing up in suburban middle-class America, the storylines focus on Kevin entering junior high and navigating the rocky adventure of teen years with his âsometimesâ girlfriend, Winnie Cooper, and his best friend, Paul Pfeiffer, at his side.

This brilliant series debuted on ABC in 1988 and ran for six seasons. Audiences eagerly followed Kevinâs evolution as a typical teenager who remembered every moment of his transition from childhood with excruciating detail and remarkable hindsight.