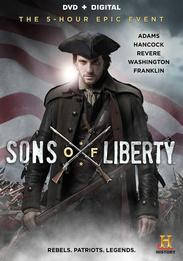 Anarchy rules in 1776 as a secret group of radical young Americans join together in the fight for independence from the sovereign roll of a king and his empire. They test authority. They incite protest. They create the blueprint for modern democracy... as they Sons of Liberty.