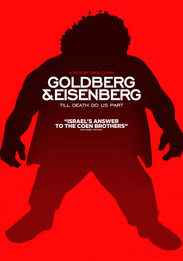 Goldberg is a lonely computer programmer who spends his time searching the internet for a girlfriend. After a blind date in the park he meets Eisenberg, a thug who stalks him, intruding into his everyday life until Goldberg's actions to get rid of him spin dangerously out of control.