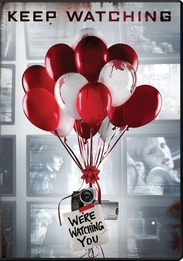 A family imprisoned by intruders is forced to play a terrifying game of "Kill, Or Be Killed". As the night unfolds, the game's mysterious rules become clear, and the family realizes their nightmare is being streamed live to riveted viewers all over the world, who are compelled to KEEP WATCHING... not knowing if what they're seeing is real, or staged.

Rated R for violence, terror, some language and brief drug use.