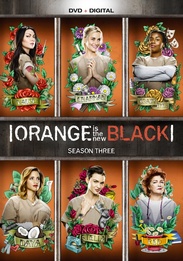 A new regime has arrived at Litchfield in Season 3 of the Primetime EmmyÂ® Award-winning series "Orange Is the New Black." With it comes new business interests, spiritual movements, and parental problems that turn life behind bars upside down and ignite power struggles among Litchfield's residents and guards.