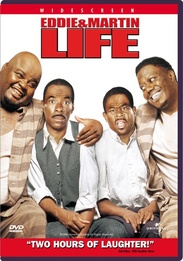 Fast talking Rayford Gibson and the conservative Claude Banks are accidentally teamed up to become the unniest "odd couple" east of the Mississippi. When they travel south on a bootlegging run for some quick cash and get placed in at the scene of a crime, their comical misfortunes land them right in front of the judge. Whatever they do and wherever they go, this duo realizes that, like it or not, they are both friends for life.

Rated R for strong language and a shooting.