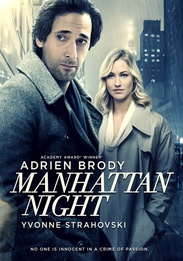 The story of Porter Wren, a New York City tabloid writer with an appetite for scandal. On the beat he sells murder, tragedy and anything that passes for the truth. At home he is a model family man, devoted to his loving wife. But when a seductive stranger asks him to dig into the unsolved murder of her filmmaker husband Simon, he can't resist. In this modern version of a classic film noir, we follow Porter as he is drawn into a very nasty case of sexual obsession and blackmail - one that threatens his job, his marriage and his life.