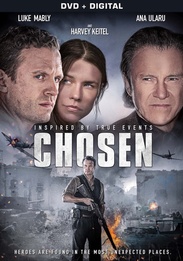 Renowned screen legend Harvey Keitel stars as Sonson, a Hungarian citizen whose courage alters the course of World War II. When German forces take over Sonsonâs village in 1943, they cause his wifeâs death and galvanize the quiet lawyer into action. After Nazis apprehend a group of female resistance fighters, Sonson poses as an SS officer to help free them. As he unwittingly becomes a leader of the opposition, Sonson discovers the hero deep within himself.

Rated R for violence including a sexual assault.