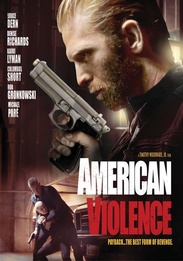 This intense thriller follows one man's path to execution and the strong-minded doctor brought in to take a deeper look at the violent circumstances that have doomed him. Jackson Shea (Kaiwi Lyman-Mersereau) has lived a life of deceit, brutality and corruption. But when a series of chilling, violent events lands him on Death Row, one psychologist (Denise Richards) must determine whether his violent behavior is inherent in his soul, or if he is able to be rehabilitated and saved from execution.