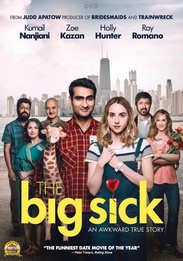 This acclaimed comedy is based on the real-life relationship and culture clash between comedian Kumail Nanjiani and his future wife, Emily Gordon. When Emily contracts a mysterious illness, Kumail has to force himself to face her feisty parents, temper his familyâs expectations, and follow his heart.