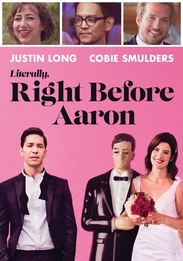 Adam (Justin Long) is definitely still in love with his ex (Cobie Smulders). So when he shows up at her wedding to prove that he's moved on, a series of funny and awkward encounters only confirms he's more in love with her than ever!