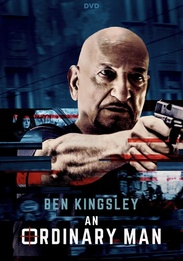 An infamous war criminal and former general (Ben Kingsley) spending his life on the run from international authorities is suddenly moved to a new hideout, where he develops a relationship with the maid that looks after him. But when he discovers that she is actually an agent hired to protect him, he makes a decision that will drastically change both of their lives.

Rated R for language, some nudity, and brief violence.