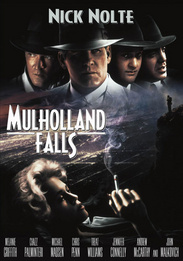 Nick Nolte stars as Max Hoover, the leader of the Hat Squad, whose personal involvement in a baffling murder case threatens not only the squad, but his wife Katherine. Chazz Palmiteri stars as Hoover's best friend and longtime partner, Ellery Coolidge, whose jovial humor and affability makes a big temper that he attempts to contain with an even bigger appetite.