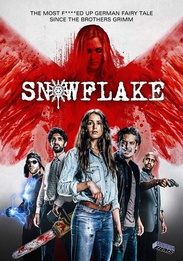 Hunting down the murderer of their families in a near-future Berlin, a gang of lowlife characters all want revenge on each other, but along the way they must contend with a myriad of wicked fairytale types assassins, madmen, a blood-covered angel, and an electric-powered superhero all apparently come to life through a screenplay written by a demented but clueless dentist.