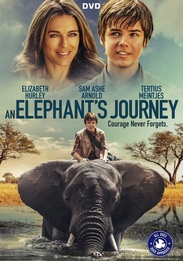 After losing his parents, Phoenix (Sam Ashe Arnold) moves to Africa to live with his Aunt Sarah (Elizabeth Hurley, AUSTIN POWERS franchise). While on safari with his uncle one day, Phoenix wanders off and becomes lost in the African bush. After rescuing a huge elephant from a trap, Phoenix befriends the great creature, which he names Indlovu ("The Unstoppable"). Riding through the wilderness, the bold duo finds evidence of a local gang of poachers, and together they plot to stop the huntersâ cruel plans.

Rated PG for some mild peril and thematic elements.