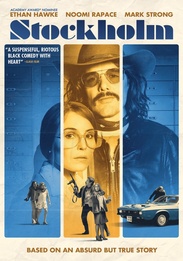 Based on the absurd but true bank heist and hostage crisis that coined the term 'Stockholm Syndrome'. Stockholm focuses on the relationship developed between a bank teller and her captor, an unhinged US outlaw, as they try to escape together.Â