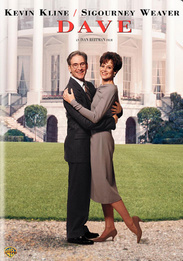 Dave Kovic is asked to portray President Bill Mitchell -- for real -- when the president falls into a coma. Nobody expected Dave (as Bill) to become so popular, thus ruining the plans of the individual who placed him in the position only to have him fail.