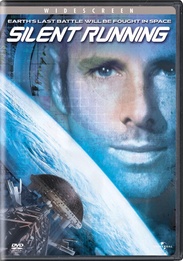 In the not-so-distant future, Earth is barren of all flora and fauna, with what remains of the planet's former ecosystems preserved aboard a fleet of greenhouses orbiting in space. When the crews are ordered to destroy the remaining specimens, one botanist, Freeman Lowell, flees towards Saturn to preserve his own little piece of Earth that was, accompanied only by the ship's three service robots.