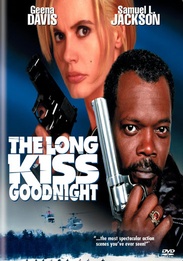 Geena Davis and Samuel L. Jackson are explosive in this non-stop thrill ride from director Renny Harlin. Davis is a school teacher whose former life as a CIA assassin suddenly catches up to her with a vengeance. Jackson is the detective who helps her uncover the past before it buries them both. Together they make an unbeatable action team that will blow you away!