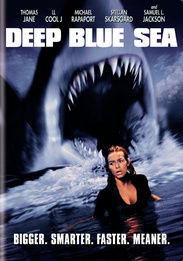 Scientists, hoping for a cure for Alzheimer's disease, alter the DNA of a couple sharks with disastrous consequences as the sharks start fighting back.

Rated R for graphic shark attacks, and for languag.