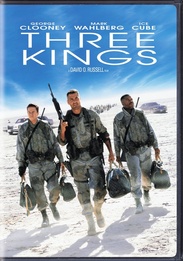 When restless American footsoldiers left out of Operation Desert Storm's high-tech warfare go on a renegade missions to loot $23 million in Iraqi gold, they discover more action than they could ever want...and their own humanity as well.

Rated R for graphic war violence, language and some sexuality.