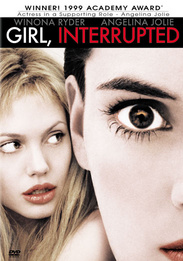 After a botched suicide attempt, Susanna Kaysen checks herself into a renowned psychiatric hospital, where she meets a group of troubled young women including the charming sociopath Lisa and soon realizes she'll have to fight for her sanity and her freedom. Based on writer Susanna Kaysen's account of her 18-month stay at a mental hospital in the 1960s.

Rated R for strong language and content relating to drugs, sexuality and suicide.