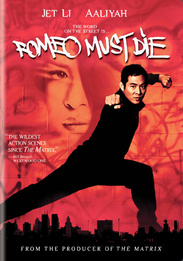 They've got the weapons. They've got the posse. And They've got no chance against former Hong Kong cop Han Sing. Jet Li stars in his first English role. Li plays rough and ready Han, who shares an attraction with Trish O'Day even though their families are rivals in a fierce Oakland turf battle. The two also share plenty of danger as they try to find the real cause of the blood feud.

Rated R for violence, some language and brief nudity.