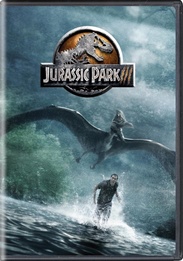 Eight years after visiting the unique creation of industrialist John Hammond and his company InGen's disastrous brainchild, Jurassic Park, renowned paleontologist Dr. Alen Grant is desperate to find funding for his new theory on Velociraptor intelligence. Then, a wealthy philanthropist and his wife approach Grant with a proposition to fund his research if he will accompany them on an aerial tour of Isla Sorna, a second quarantined InGen research site, he reluctantly takes the opportunity. But when he finds out they are not who they say, the couple's true motives lead the group on a deadly chase.