The Divine Secrets of the Ya-Ya Sisterhood 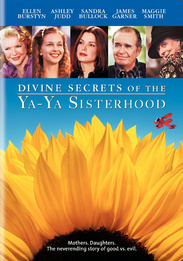 A successful writer laments about her mother and her childhood to a reporter from Time and the subsequent article causes a rift between mother and daughter. Both sides increase their frustration with one another until finally the daughter disinvites the mother from her wedding. Now, the Ya Yas, a secret group of life-long friends to which the mother is a member, decide it's time to act. They kidnap the daughter and bring her back home to rural Louisiana for a swift kick of Southern hospitality and reminiscing with hopes that they can bring mother and daughter back together.