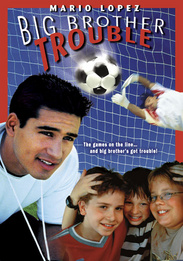 Soccer playing brothers compete on the field and off when the police captain and his beautiful daughter move in next door. Right before the big game, the rivals kidnap the police captain's daughter and the brothers must work together to win the game and rescue the girl.