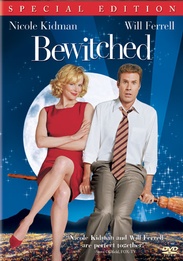 It tells the story of Samantha, a pretty modern day witch who tries to abandon her supernatural powers for the sake of her mortal husband Darren, but temptation gets in the way.

Rated PG-13 for some language, including sex and drug references, and partial nudity.