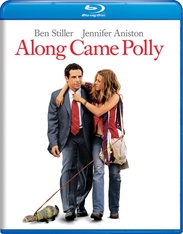 After being dumped by his wife on their honeymoon, a man who avoids risks like the plague decides to throw caution to the wind when he gets reaquainted with an adventurous childhood friend.

Now his life becomes a risk-filled slice of adventure.