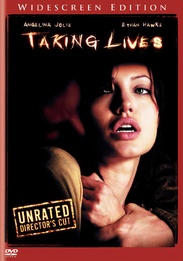 An FBI profiler tracks a serial killer to Montreal. Her unusual work habits brands her as an outsider to the local police force and she's left to work by herself.

But when an unexpected romantic entanglement develops, she's left doubting her instincts and it may cost her the best chance to catch this devious killer.

Rated R for strong violence including disturbing images, language and some sexuality.