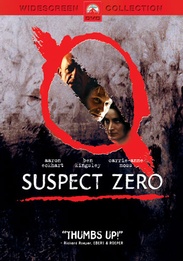 An FBI agent is called in to investigate a strange murder and quickly picks up the trail of the killer. As he closes in on the suspect, he realizes that everything he has done has been a psychological maze meant to trap him in the killer's grasp.

Rated R for violent content, language and some nudity.