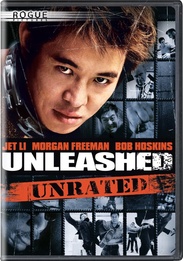 A man bred to be a fighter in illegal Gladiator-style fight clubs gets a second lease on life when his owner becomes comatose and he meets a blind piano tuner who uses music to teach the fighter about the world.

Rated R for strong violent content, language and some sexuality/nudity.