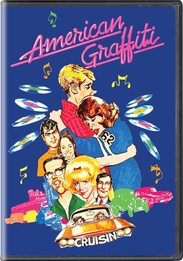 A group of high school graduates decide their next steps in this comical coming-of-age story set in an innocent California town in the early 1960s. The film featured a grown-up Howard and made stars of Ford and Dreyfuss.